Plant physiology is a subdiscipline of botany concerned with the function, or physiology, of plants.[1] Closely related fields include plant morphology (structure of plants), plant ecology (interactions with the environment), phytochemistry (biochemistry of plants), cell biology, and molecular biology.

The field of plant physiology includes the study of all the internal activities of plants—those chemical and physical processes associated with life as they occur in plants. This includes study at many levels of scale of size and time. At the smallest scale are molecular interactions of photosynthesis and internal diffusion of water, minerals, and nutrients. At the largest scale are the processes of plant development, seasonality, dormancy, and reproductive control. Major subdisciplines of plant physiology include phytochemistry (the study of the biochemistry of plants) and phytopathology (the study of disease in plants). The scope of plant physiology as a discipline may be divided into several major areas of research.

First, the study of phytochemistry (plant chemistry) is included within the domain of plant physiology. In order to function and survive, plants produce a wide array of chemical compounds not found in other organisms. Photosynthesis requires a large array of pigments, enzymes, and other compounds to function. Because they cannot move, plants must also defend themselves chemically from herbivores, pathogens and competition from other plants. They do this by producing toxins and foul-tasting or smelling chemicals. Other compounds defend plants against disease, permit survival during drought, and prepare plants for dormancy. While other compounds are used to attract pollinators or herbivores to spread ripe seeds.

Secondly, plant physiology includes the study of biological and chemical processes of individual plant cells. Plant cells have a number of features that distinguish them from cells of animals, and which lead to major differences in the way that plant life behaves and responds differently from animal life. For example, plant cells have a cell wall which restricts the shape of plant cells and thereby limits the flexibility and mobility of plants. Plant cells also contain chlorophyll, a chemical compound that interacts with light in a way that enables plants to manufacture their own nutrients rather than consuming other living things as animals do.

Thirdly, plant physiology deals with interactions between cells, tissues, and organs within a plant. Different cells and tissues are physically and chemically specialized to perform different functions. Roots and rhizoids function to anchor the plant and acquire minerals in the soil. Leaves function to catch light in order to manufacture nutrients. For both of these organs to remain living, the minerals acquired by the roots must be transported to the leaves and the nutrients manufactured in the leaves must be transported to the roots. Plants have developed a number of means by which this transport may occur, such as vascular tissue, and the functioning of the various modes of transport is studied by plant physiologists.

Fourthly, plant physiologists study the ways that plants control or regulate internal functions. Like animals, plants produce chemicals called hormones which are produced in one part of the plant to signal cells in another part of the plant to respond. Many flowering plants bloom at the appropriate time because of light-sensitive compounds that respond to the length of the night, a phenomenon known as photoperiodism. The ripening of fruit and loss of leaves in the winter are controlled in part by the production of the gas ethylene by the plant.

Finally, plant physiology includes the study of how plants respond to conditions and variation in the environment, a field known as environmental physiology. Stress from water loss, changes in air chemistry, or crowding by other plants can lead to changes in the way a plant functions. These changes may be affected by genetic, chemical, and physical factors.

Sir Francis Bacon published one of the first plant physiology experiments in 1627 in the book, Sylva Sylvarum. Bacon grew several terrestrial plants, including a rose, in water and concluded that soil was only needed to keep the plant upright. Jan Baptist van Helmont published what is considered the first quantitative experiment in plant physiology in 1648. He grew a willow tree for five years in a pot containing 200 pounds of oven-dry soil. The soil lost just two ounces of dry weight and van Helmont concluded that plants get all their weight from water, not soil. In 1699, John Woodward published experiments on growth of spearmint in different sources of water. He found that plants grew much better in water with soil added than in distilled water.

Stephen Hales is considered the Father of Plant Physiology for the many experiments in the 1727 book[8]; though Julius von Sachs unified the pieces of plant physiology and put them together as a discipline. His Lehrbuch der Botanik was the plant physiology bible of its time.[9]

Researchers discovered in the 1800s that plants absorb essential mineral nutrients as inorganic ions in water. In natural conditions, soil acts as a mineral nutrient reservoir but the soil itself is not essential to plant growth. When the mineral nutrients in the soil are dissolved in water, plant roots absorb nutrients readily, soil is no longer required for the plant to thrive. This observation is the basis for hydroponics, the growing of plants in a water solution rather than soil, which has become a standard technique in biological research, teaching lab exercises, crop production and as a hobby.

In the 19th century actions in the United Kingdom, the United States and certain other western countries emphasized the protection of habitat areas pursuant to visions of such people as John Muir and Theodore Roosevelt. Not until the mid 20th century did efforts arise to target individual species for conservation, notably efforts in big cat conservation in South America led by the New York Zoological Society.[2] By the 1970s, led primarily by work in the United States under the Endangered Species Act[3] along with Biodiversity Action Plans developed in Australia, Sweden, the United Kingdom, hundreds of specific species protection plans ensued. The Society for Conservation Biology is a global community of conservation professionals dedicated to advancing the science and practice of conserving Earth's biological diversity.

Presently the Earth is undergoing the Holocene Mass Extinction, an era of unprecedented number of species extinctions.[4] Human influence over the Earth's ecosystems has been so extensive within the last 10,000 years, that scientists have difficulty estimating the total number of species lost in this era;[5] that is to say the rates of deforestation, reef destruction, wetlands filling and other human acts are proceeding much faster than human assessment of the Earth's species. The matter of ongoing species loss is made more complex by the fact that most of the Earth's species have not been described or evaluated for endangerment. The IUCN has found that 23 percent of vertebrates, 53 percent of invertebrates and 70 percent of plants that have been evaluated are designated as endangered or threatened.[6] (The IUCN does not disaggregate endangered from critically endangered or threatened for the purpose of these statistics.)

Historically the main threat to biodiversity has been a set of threats generated from the overpopulation of humans: mass agriculture, deforestation, overgrazing, slash-and-burn, urban development, pesticide use.[5] Worldwide, the effects of global warming add a potentially catastrophic threat to global biological diversity; a 2004 study by Chris Thomas, Lee Hannah, et al. estimated that 15 to 37 percent of all species would become extinct by 2050.[7]

Biologist Bruce Walsh of the University of Arizona states three reasons for scientific interest in the preservation of species; genetic or medical resources,[8][9] ecosystem stability, and ethics.[10], and today the scientific community "stress[es] the importance" of maintaining biodiversity[11].

Biodiversity provides many ecosystem services that are often not readily visible. It plays an essential part in regulating the chemistry of our atmosphere, pollinating crops and generating water supply. Biodiversity is directly involved in recycling nutrients and providing fertile soils. Experiments with controlled environments have shown that humans cannot easily build ecosystems to support human needs; for example insect pollination cannot be mimicked by man-made construction. The total value of ecosystem services may amount to trillions of dollars in ecosystem services per annum to mankind.[12][13][14][15] For example, one segment of North American forests has been assigned an annual value of 250 billion dollars;[16] as another example, honey-bee pollination, a small segment of ecosystem services, is estimated to provide between 10 and 18 billion dollars of value per annum.[17] The value of ecosystem services on one New Zealand island has been imputed to be as great as the GDP of that region.[18]

Conservation biologists trace the ethics that guide their work back to early spiritual philosophies, including the Tao, Shinto, Hindu, Islamic and Buddhist traditions.[19] In the West, origins of concern for the destruction of the natural environment by man can be traced to Plato;[20][original research?] however, modern roots of conservation biology can be found in the late 18th century Enlightenment period particularly in England and Scotland.[21][22] A number of thinkers, among them notably Lord Monboddo,[22] described the importance of "preserving nature"; much of this early emphasis had its origins in Christian theology. By the early 1800s biogeography was ignited through efforts of Von Humboldt, DeCandolle, Lyell and Darwin;[23] their efforts, while important in relating species to their environments, fell short of actual conservation.

The term conservation came into use in the late 19th century and referred to the management, mainly for economic reasons, of such natural resources as timber, fish, game, topsoil, pastureland, and minerals, and also to the preservation of forests (see forestry), wildlife (see wildlife refuge), parkland, wilderness, and watersheds. Western Europe was the source of much 19th century progress for conservation biology, particularly the British Empire with the Sea Birds Preservation Act 1869; however, the United States began making sizable contributions to this field starting with thinking of Thoreau and taking form in the United States Congress passing the Forest Act of 1891, John Muir's work and the founding of the Sierra Club in 1895, founding of the New York Zoological Society in 1895 and establishment of a series of national forests and preserves by Theodore Roosevelt from 1901 to 1909.[24]

In the early 20th century the New York Zoological Society was instrumental in developing concepts of establishing preserves for particular species and conducting the necessary conservation studies to determine the suitability of specific locations that are most appropriate as conservation priorities; the work of Henry Fairfield Osborn Jr., Archie Carr and Archie Carr III is notable in this era.[25][26]

By the early 1970s national and international governmental agencies became more active in the conservation of biodiversity. Notably the United Nations acted to conserve sites of outstanding cultural or natural importance to the common heritage of mankind. The programme was adopted by the General Conference of UNESCO in 1972. As of 2006, a total of 830 sites are listed: 644 cultural, 162 natural. The first country to pursue aggressive biological conservation through national legislation was the USA, which passed back to back legislation in the Endangered Species Act[27] (1966) and National Environmental Policy Act (1970),[28] which together injected major funding and protection measures to large scale habitat protection and threatened species research.

By 1992 most of the countries of the world had become committed to the principles of conservation of biological diversity with the Convention on Biological Diversity;[29] subsequently many countries began programmes of Biodiversity Action Plans to identify and conserve threatened species within their borders, as well as protect associated habitats.

The late 1990s saw increasing professionalism in the sector, with the maturing of organisations such as the Institute of Ecology and Environmental Management and, more recently, the Society for the Environment.

Since 2000 the concept of landscape scale conservation has risen to prominence, with less emphasis being given to single-species or even single-habitat focused actions. Instead an ecosystem approach is advocated by most mainstream conservationist, although concerns have been expressed by those working to protect some high-profile species.

The science of ecology has clarified the workings of the biosphere; i.e., the complex interrelationships among humans, other species, and the physical environment; moreover, the burgeoning human population, and associated agriculture, industry and its ensuing pollution have demonstrated how easily ecological relationships can be disrupted.[30] 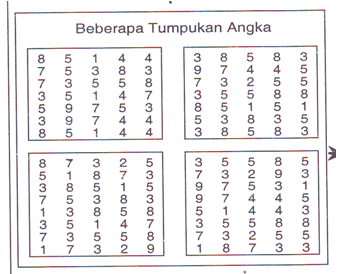 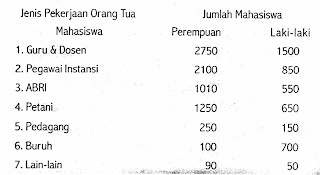